<
>
Brian De Chronos is the Founder of Umbra Omega and an expelled member of Sol Alpha Fraternity. He was originally one of the Founders chosen by The Architect. However, his philosophy of vengeance was rejected by Alexander, Connor, and Jon.

He became overtake by grief and insanity after his wife was murdered by bandits. He was unable to revive her, so he sent his son's soul into stasis until he was birthed by Lucinda Regresso.

Brian is the overarching force behind the events of the entire main trilogy. 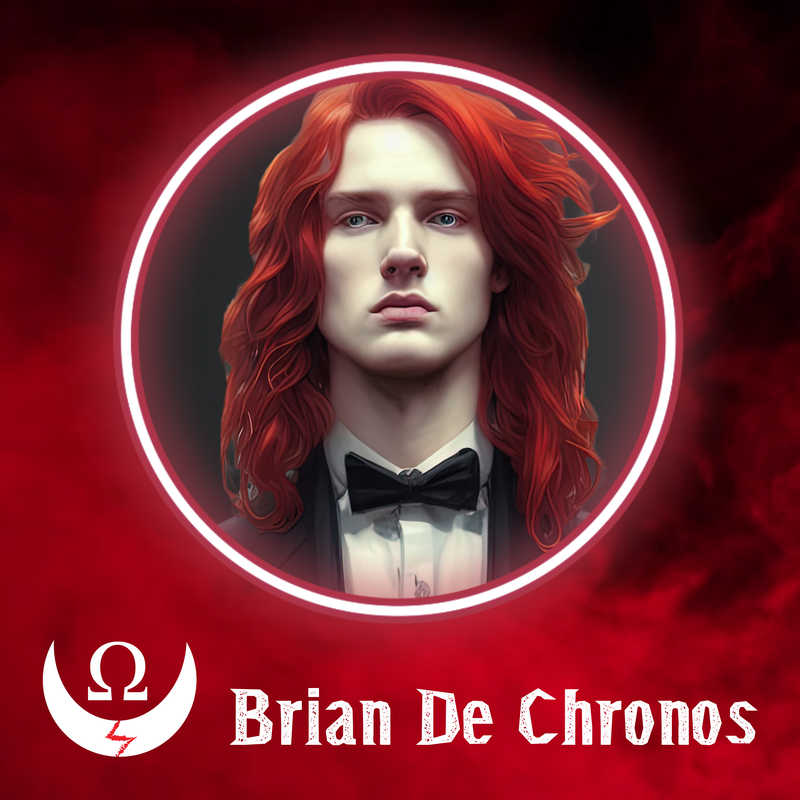